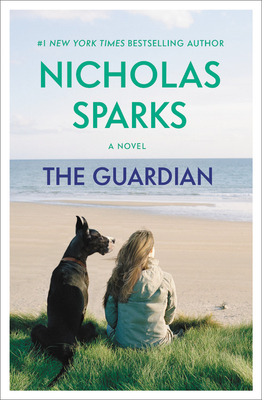 
Available in Warehouse. Wait for Email Confirmation for ETA
After her husband's death, a young widow with a faithful Great Dane must decide between two men -- but as new love blossoms, jealousy turns deadly in this suspenseful New York Times bestseller.Julie Barenson's young husband left her two unexpected gifts before he died - a Great Dane puppy named Singer and the promise that he would always be watching over her. Now four years have passed. Still living in the small town of Swansboro, North Carolina, twenty-nine-year-old Julie is emotionally ready to make a commitment to someone again. But who?

Should it be Richard Franklin, the handsome, sophisticated engineer who treats her like a queen? Or Mike Harris, the down-to-earth nice guy who was her husband's best friend? Choosing one of them should bring her more happiness than she's had in years. Instead, Julie is soon fighting for her life in a nightmare spawned by a chilling deception and jealousy so poisonous that it has become a murderous desire...
With over 100 million copies of his books sold, Nicholas Sparks is one of the world's most beloved storytellers. His novels include sixteen #1 New York Times bestsellers, and all of his books, including Three Weeks with My Brother, the memoir he wrote with his brother, Micah, have been New York Times and international bestsellers, and were translated into more than fifty languages. Eleven of Nicholas Sparks's novels -- The Choice, The Longest Ride, The Best of Me, Safe Haven, The Lucky One, The Last Song, Dear John, Nights in Rodanthe, The Notebook, A Walk to Remember, and Message in a Bottle -- have been adapted into major motion pictures.
"Hair-raising...Thanks to the spiced-up, suspenseful
new recipe, readers will be in for a little heat."—Denver Post