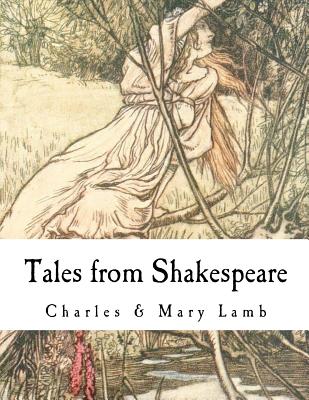 
This title is likely unavailable. Email or call for price and availability.
Tales from Shakespeare Charles & Mary Lamb Illustrated by Arthur Rackham The book is designed to make the stories of Shakespeare's plays familiar to the young. However, as noted in the author's Preface, "Shakespeare's words are used whenever it seemed possible to bring them in; and in whatever has been added to give them the regular form of a connected story, diligent care has been taken to select such words as might least interrupt the effect of the beautiful English tongue in which he wrote: therefore, words introduced into our language since his time have been as far as possible avoided." Mary Lamb was responsible for the comedies, while Charles wrote the tragedies; they wrote the preface between them. Tales from Shakespeare has been republished many times. It was illustrated by Sir John Gilbert in 1866, by Arthur Rackham in 1899 and 1909, by Louis Monzies in 1908, by Walter Paget in 1910, and by D. C. Eyles in 1934.