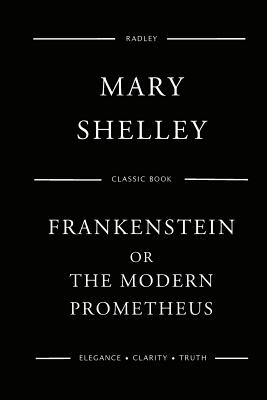 
Available in Warehouse. Wait for Email Confirmation for ETA
This book cannot be returned, cancelled, or exchanged. Please call for availability and pricing
Frankenstein; or, The Modern Prometheus is a novel written by English author Mary Shelley that tells the story of Victor Frankenstein, a young scientist who creates a grotesque but sapient creature in an unorthodox scientific experiment. Shelley started writing the story when she was 18, and the first edition of the novel was published anonymously in London in 1818, when she was 20. Her name first appeared on the second edition, published in France in 1823.Shelley travelled through Europe in 1814, journeying along the River Rhine in Germany with a stop in Gernsheim which is just 17 km (10 mi) away from Frankenstein Castle, where, two centuries before, an alchemist was engaged in experiments. Later, she travelled in the region of Geneva (Switzerland)