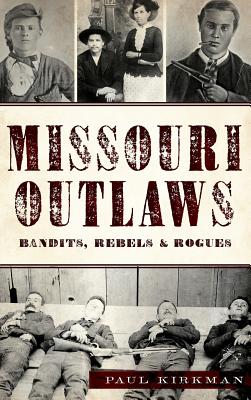 
Available in Warehouse. Wait for Email Confirmation for ETA
This book cannot be returned, cancelled, or exchanged. Please call for availability and pricing
Whether seen as a common criminal or Robin Hood with a six-shooter, the Missouri outlaw left an indelible mark on American culture. In the nineteenth century, Missouri was known as the "Outlaw State" and offered a list of lawbreakers like Jesse James, Bloody Bill Anderson, Belle Starr and Cole Younger. These notorious criminals became folk legends in countless books, movies and television shows. Author Paul Kirkman traces the succession of Missouri's first few generations and how each contributed to the making of some of the most notorious outlaws and lawmen in American history.