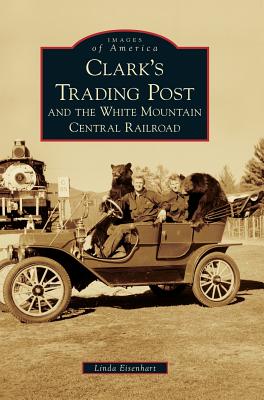 
Available in Warehouse. Wait for Email Confirmation for ETA
This book cannot be returned, cancelled, or exchanged. Please call for availability and pricing
In 1928, Edward and Florence Clark opened a roadside attraction in Lincoln, New Hampshire, for visitors to the White Mountains. Ed Clark's Eskimo Sled Dog Ranch featured guided tours with its purebred Eskimo sled dogs and artifacts from Labrador, Canada. "The Stand" offered souvenirs, tonic, and maple products to motorists. Three black bears, Soggle, Toggle, and Woggle, joined the family in 1935, and the bears acted as the perfect visual attraction, gaining the attention of curious passersby. In 1949, Ed and Murray, sons of Florence and Edward, began training black bears for show work. The Clark brothers and their bears delighted guests with humor and hospitality as they entertained and educated the audience. Generations later, that philosophy lives on as the Clarks offer bear shows, rides on the White Mountain Central Railroad, family entertainment, and good, honest fun to visitors. There are up to 20 family members working at Clark's Trading Post on any given day, including fifth-generation descendants. All photographs used in the book are from the Clark family archives.