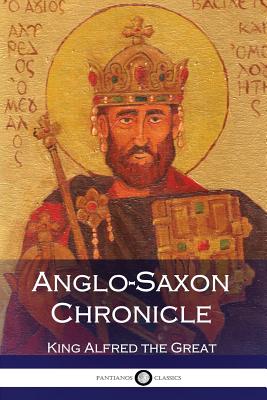 
This title is likely unavailable. Email or call for price and availability.
The Anglo-Saxon Chronicle, the great history authored by King Alfred the Great, is published here complete with a scholarly introduction by James Ingram.
One of the most famous works of history ever written about Saxon times, the Anglo-Saxon Chronicle is a group of chronologically arranged annals of the major events throughout the history of the Anglo-Saxon peoples. The original manuscripts survived in parts, which are complexly interrelated, with some updated during the early Middle Ages to record historical events that following the death of King Alfred. This edition is an amalgamation of several surviving manuscripts, with the final record concluding in 1154.
There is some confirmed bias in the text regarding events which were politically contentious at the time. However, the Anglo-Saxon Chronicle is a work of gargantuan and undisputed importance and thoroughness. It excels at providing historians and readers alike a portrait of England through the years between the departure of the Roman Army and the Norman conquest of the country, and has proven good grounding for further historical investigations of the era.
The work is originally thought to have been commissioned by King Alfred in around 890 as part of the monarch's overall enthusiasm for education and the need for historical records. It is likely that the King reviewed aspects of the text, although historians generally agree that most of the writing itself was likely accomplished by a scribe of the royal court.
The translation from Old English to Modern English is by two men; the Reverend James Ingram, and Dr. J. A. Giles. Both boast a great experience with the early forms of the English language, and their interpretation of King Alfred's history remains one of the most respected ever published.