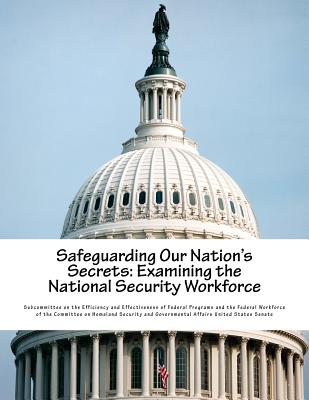 By Subcommittee on the Efficiency and Effec


Available in Warehouse. Wait for Email Confirmation for ETA
This book cannot be returned, cancelled, or exchanged. Please call for availability and pricing
There are nearly five million individuals with a U.S. national security clearance. It only takes one individual to slip through the cracks, one individual who could do untold damage to our national security by exposing sensitive information about government actions and programs. From the significant disclosures of classified information to the tragedy at the Washington Naval Yard, it should be clear to the American people that the Federal Government is failing to properly vet the individuals who are granted access to our Nation's most sensitive information and secure facilities. The system has been undermined by incomplete and falsified background investigations and reinvestigations. Agencies improperly adjudicate which employees and contractors should be granted a clearance, and have been overcome by the sheer pure volume of security clearance applications and investigations. Federal agencies are currently relying on a patchwork of Executive Orders (EO), Federal regulations, and an Office of Personnel Management (OPM) position designation tool, which was not created to address security-related issues, to designate which positions in the Federal Government are sensitive to national security, as well as the requirement for government personnel to have access to classified information. There are real concerns that proposed guidance being finalized by OPM, and the Office of Director of National Intelligence (ODNI), intended to provide the update and guidance sought by the Federal agencies, is inadequate and that it could have negative and substantial implications for taxpayers, national security, and Federal employee rights.