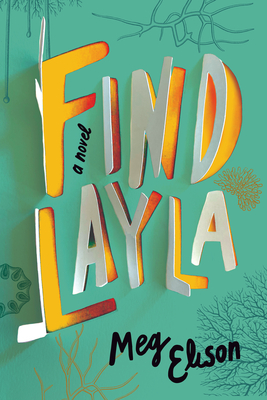 A neglected girl's chaotic coming-of-age becomes a trending new hashtag in a novel about growing up and getting away by an award-winning author.

Underprivileged and keenly self-aware, SoCal fourteen-year-old Layla Bailey isn't used to being noticed. Except by mean girls who tweet about her ragged appearance. All she wants to do is indulge in her love of science, protect her vulnerable younger brother, and steer clear of her unstable mother.

Then a school competition calls for a biome. Layla chooses her own home, a hostile ecosystem of indoor fungi and secret shame. With a borrowed video camera, she captures it all. The mushrooms growing in her brother's dresser. The black mold blooming up the apartment walls. The unmentionable things living in the dead fridge. All the inevitable exotic toxins that are Layla's life. Then the video goes viral.

When Child Protective Services comes to call, Layla loses her family and her home. Defiant, she must face her bullies and friends alike, on her own. Unafraid at last of being seen, Layla accepts the mortifying reality of visibility. Now she has to figure out how to stay whole and stand behind the truth she has shown the world.