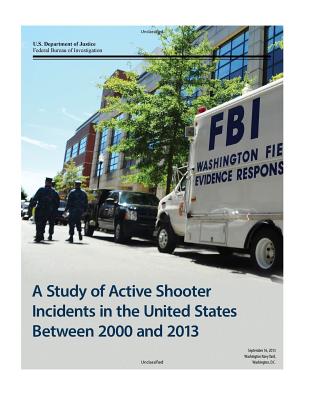 
Available in Warehouse. Wait for Email Confirmation for ETA
This book cannot be returned, cancelled, or exchanged. Please call for availability and pricing
This is not a study of mass killings or mass shootings, but rather a study of a specific type of shooting situation law enforcement and the public may face. Incidents identified in this study do not encompass all gun-related situations; therefore caution should be taken when using this information without placing it in context. Specifically, shootings that resulted from gang or drug violence-pervasive, long-tracked, criminal acts that could also affect the public-were not included in this study. In addition, other gun-related shootings were not included when those incidents appeared generally not to have put others in peril (e.g., the accidental discharge of a firearm in a school building or a person who chose to publicly commit suicide in a parking lot). The study does not encompass all mass killings or shootings in public places and therefore is limited in its scope. Nonetheless, it was undertaken to provide clarity and data of value to both law enforcement and citizens as they seek to stop these threats and save lives during active shooter incidents.