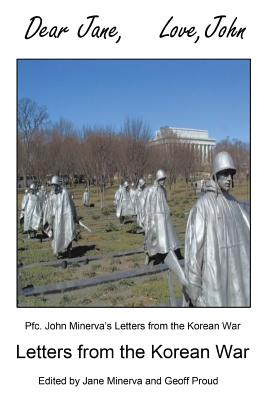 
Available in Warehouse. Wait for Email Confirmation for ETA
This book cannot be returned, cancelled, or exchanged. Please call for availability and pricing
The book is intended primarily to be family history for the next several generations of Minervas. It also contributes to the canon of personal diaries of the Korean War. It presents an aspect of war and army life that families back home would not have considered. Being in the armed service for his country, a young man had to rearrange his daily life in the framework of the circumstances the US Army presented. He was living with other men like himself, in close quarters, moving frequently. There was also in this case a peta puppy dog for company. His room and meals, of various qualities, would be supplied, but he had to arrange for his laundry, housekeeping, and, mainly, recreational activities of some kind for those many hours when his services were not being required by the command that otherwise would be empty and subject to massive stretches of boredom.
Giovanni (John) Minerva. For the United States, the Korean War began on June 25, 1950, the month John Minervas class graduated from Lynbrook (NY) high school. John, however, had gone to work with his father and later completed his high school studies at Farmingdale (NY) State University. John and Jane, high school sweethearts, were married in Our Lady of Peace Catholic church in Lynbrook, in the spring of 1952. Anticipating a draft notice from Uncle Sam, John joined the U.S. Army as an infantryman that summer and began his training at Fort Dix NJ. Their first child, Jeanne was born in December. After the war, John raised his family on Long Island NY, working as a transportation executive in the beverage industry.