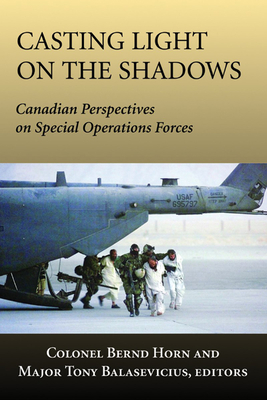 Special Operations Forces (SOF) have never been an integral element of Canada's military capability. Although units have existed periodically throughout the country's history, they have always been in the shadows. However, the terrorist attack in the United States on September 11, 2001, changed that. In the aftermath of 9/11, SOF became the force of choice. Casting Light on the Shadows consists of a series of essays on SOF-related issues written by individuals with specialized knowledge and expertise in the field. As well as providing a solid foundation for SOF theory, historical background, and evolution, the book also highlights ongoing developments in SOF.