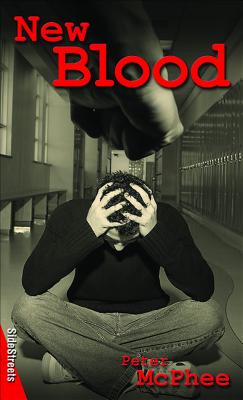 After a gang of thugs beat him up, Paul's parents decide they've had enough of Glasgow's tough streets and move the family to Winnipeg. Still healing from his injuries, Paul also has deep inner scars that will make his new high school, in this new country, even more of a battleground. New Blood is an edgy yet moving account of violence, bullying, recovery, and hope.

PETER McPHEE, a Southern Alberta-based writer, was for many years an editor and film critic for the Winnipeg Sun. His plays have been produced at Winnipeg's Prairie Theatre Exchange and Calgary's Alberta Theatre Projects. He has written several books for both children and young adults, including Runner and A Way With Horses, both Canadian Children's Book Centre Our Choice Selections. Visit Peter McPhee's website www.prmcphee.com.