The Men Who Killed Me: Rwandan Survivors of Sexual Violence (Paperback) 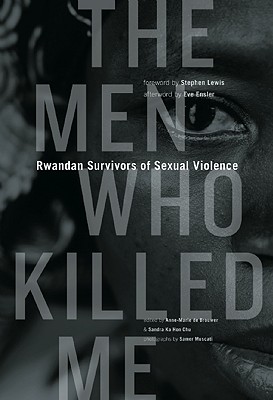 The Men Who Killed Me: Rwandan Survivors of Sexual Violence (Paperback)

In the 100 days of genocide that ravaged Rwanda in 1994, one million people were killed and as many as 500,000 women and girls were raped. No one was spared. Grandmothers were raped in front of their grandchildren; young girls witnessed their families being massacred before being taken as sex slaves. Nearly all the women who survived were victims of sexual violence or were profoundly affected by it. An astounding 70 percent are HIV-positive. In Rwanda’s social and cultural climate, survivors who speak out face discrimination and isolation. The Men Who Killed Me features testimonials from 17 Rwandan survivors. Through their narratives and Samer Muscati’s powerful portraits of them, these 16 women and one man bear witness not only to the crimes they and their countrymen endured, but to the incredible courage that has allowed them to survive and flourish.