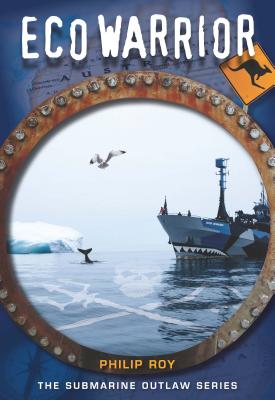 
This title is likely unavailable. Email or call for price and availability.
Young Adult Fiction. In the seventh volume of the Submarine Outlaw series, Alfred takes his homemade submarine into the Southern Ocean to thwart the actions of the Japanese whalers. In Australia, he is mistakenly accused of sabotaging an oil tanker, forcing him to escape to Tasmania. There he meets up with Merwin Hughes, an eccentric environmentalist, and together they travel south. They are followed along the way by a friendly blue whale and her calf, and a bond is established. Soon after, they encounter a tanker on its way to illegally refuel the whalers' ships. When Captain Paul Watson arrives aboard the Sea Shepherd Society's flagship, the Steve Irwin, to stop the whalers, Al must first try to save the mother and calf even as he helps Watson fight off the whalers. Al learns that the war to save the planet is being waged by dedicated individuals, each contributing in his or her own way, and that every action, large or small, matters greatly.