The Group of Seven and Tom Thomson (Hardcover) 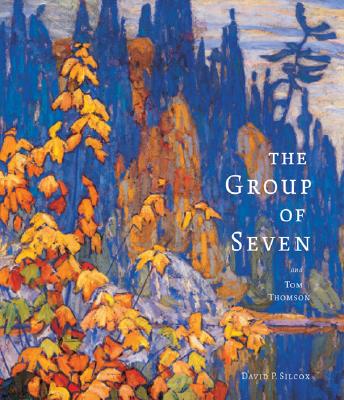 The Group of Seven and Tom Thomson (Hardcover)

A compact edition of an award-winning best-seller -- more affordable than the celebrated original, but otherwise identical.

At a critical time in Canada's history, the Group of Seven revolutionized the country's appreciation of itself by celebrating Canada as a wild and beautiful land. These paintings of the wilderness evoke the same response in viewers today as they did when first exhibited.

The Group of Seven and Tom Thomson includes many never -- before reproduced paintings and presents the most complete and extensive collection of these artists' works ever published. The 400 paintings and drawings reveal the remarkable genius of all 10 painters who at some point were part of the movement. Tom Thomson, who died before the Group was established, was always present in the public mind. Included are works by:

The artwork is organized by the various regions of Canada, with additional sections on the war years and still-life paintings. Introductory essays provide a context for a greater understanding and appreciation of Canada's most celebrated artists.

David P. Silcox, managing director of Sotheby's Canada, is an art historian, a cultural administrator and a senior fellow at Massey College. He is also widely recognized for his writings on the artists David Milne, Christopher Pratt and Jack Bush.