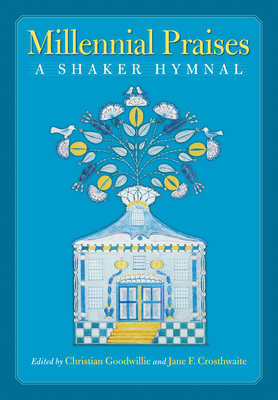 
This title is likely unavailable. Email or call for price and availability.
From the very beginning in the 1770s, singing was an important part of the worship services of the Shakers, formally known as the United Society of Believers in Christ's Second Appearing. Yet until the early nineteenth century, nearly all Shaker songs were wordless—expressed in unknown tongues or as enthusiastic vocalizations. Only when Shaker missionaries moved west into Ohio and Kentucky did they begin composing hymn texts, chiefly as a means of conveying the sect's unconventional religious ideas to new converts. In 1812–13, the Shakers published their first hymnal. This venture, titled Millennial Praises, included the texts without music for one hundred and forty hymns and elucidated the radical and feminist theology of the Shakers, neatly distilled in verse. This scholarly edition of the hymnal joins the texts to original Shaker tunes for the first time. One hundred and twenty-six of the tunes preserved in the Society's manuscript hymnals have been transcribed from Shaker musical notation into modern standard notation, thus opening this important religious and folk repertoire to modern scholars. Many texts are presented with a wide range of variant tunes from Shaker communities in New England, New York, Ohio, and Kentucky. Introductory essays by volume editors Christian Goodwillie and Jane F. Crosthwaite place Millennial Praises in the context of Shaker history and offer a thorough explication of the Society's theology. They track the use of the hymnal from the point of publication up to the present day, beginning with the use of the hymns by both Shaker missionaries and anti-Shaker apostates and ending with the current use of the hymns by the last remaining Shaker family at Sabbathday Lake, Maine. The volume includes a CD of historical recordings of six Shaker songs by Brother Ricardo Belden, the last member of the Society at Hancock Shaker Village.
Christian Goodwillie is curator of collections at Hancock Shaker Village.Jane F. Crosthwaite is professor of religion at Mount Holyoke College.
"Goodwillie and Crosthwaite are adding enormously to the body of vernacular tunes known to have had currency in American religious circles in these early years. But their work significantly advances Shaker studies too, for they also offer a serious exposition of the history, doctrinal stance, and social implications of this collection of texts."—Daniel W. Patterson, from the Foreword

"This book will be important to anyone engaged in the performance and/or study of Shaker music, American sacred song, and early American music or balladry. It will also be a valuable resource for the fields of comparative religion and women's studies, particularly the place of the female in theological constructs."—Mary Ann Haagen, Enfield Shaker Singers

"This scholarly edition of Millennial Praises is a major addition to Shaker literature, and will be of great value as a resource for study in early American religious life and also for performancesof American religious folk song."—Roger Lee Hall, American Music Preservation.com

"This edition is a model for scholarly treatment of Shaker music. The scope is significant, but limited enough to allow thoroughness. . . . [This] modern edition of Millennial Praises is an authoritative contribution to Shaker music scholarship."—Journal of the Society for American Music