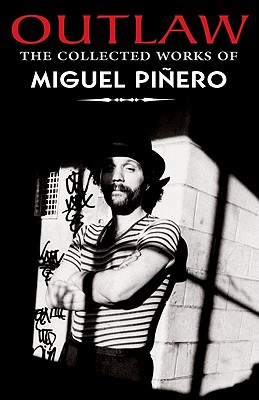 
This title is likely unavailable. Email or call for price and availability.
Part observer, part participant in the turbulent goings-on in his Nuyorican "barrio," Miguel Pinero blasted onto the literary scene and made waves in the artistic current with his dramatic interpretations of his world through experimental poetry, prose, and plays. Portrayed by actor Benjamin Bratt in the 2001 feature film "Pinero," the poet's works are as rough and gritty as the New York City underworld he loved. His depictions of pimp bars, drug addiction, prison culture and outlaw life astound the faint-hearted.

This long-awaited collection includes previously published and never-before-published poems; ten plays, including "Short Eyes," which was later made into a film and won the 1973-1974 New York Drama Critics' Circle Award for Best American Play, and " The Sun Always Shines for the Cool."

A co-founder of the Nuyorican Poet's Cafe, Pinero left behind a legacy of work that reveal the harsh, impoverished lives of his urban Puerto Rican community.