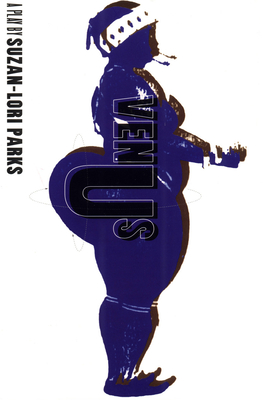 Suzan-Lori Parks continues her examination of black people in history and stage through the life of the so-called "Hottentot Venus," an African woman displayed semi-nude throughout Europe due to her extraordinary physiognomy; in particular, her enormous buttocks. She was befriended, bought and bedded by a doctor who advanced his scientific career through his anatomical measurements of her after her premature death.
One of the contemporary American theater's most innovative wordsmiths. Her plays include: Topdog/Underdog (2002 Pulitzer Prize for Drama), In the Blood (2000 Pulitzer-nominee), Fucking A, Venus (OBIE Award), The America Play and Imperceptible Mutabilities in the Third Kingdom (OBIE Award, Best New American Play). She is also a screenwriter, novelist, and MacArthur "Genius" grantee.