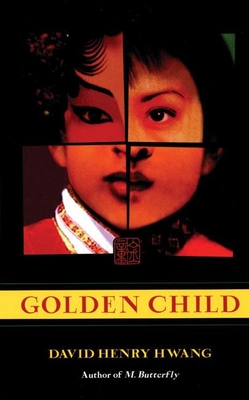 
Available in Warehouse. Wait for Email Confirmation for ETA
"A vivid, moving play in perfect command of its eternal theme of family and change." -Wall Street Journal "Written with insight, compassion, and a sharp eye for the unintended consequences of clashing cultures, Golden Child is one of Hwang's best works, as entertaining as it is thought-provoking." -Backstage David Henry Hwang draws on the true stories told to him by his grandmother of his great-grandfather's break with Confucian tradition by his conversion to Christianity, and the eventual unbinding of his daughter's feet. A "skillfully-told story that engages the emotions as well as the brain," Golden Child explores the impact of these decisions on each of his great-grandfather's three wives, and succeeding generations (Entertainment Focus). David Henry Hwang is the author of the Tony Award-winning M. Butterfly, Yellow Face (OBIE Award, 2008 Pulitzer Prize finalist), Golden Child (1997 OBIE Award), FOB (1981 OBIE Award), Family Devotions (Drama Desk nomination), and the books for musicals Aida ( co-author), Flower Drum Song (2002 Broadway revival), and Tarzan, among other works. David Henry Hwang graduated from Stanford University, attended the Yale School of Drama, and holds honorary degrees from Columbia College in Chicago and The American Conservatory Theatre. He lives in New York City with his wife, actress Kathryn Layng, and their children, Noah David and Eva Veanne.