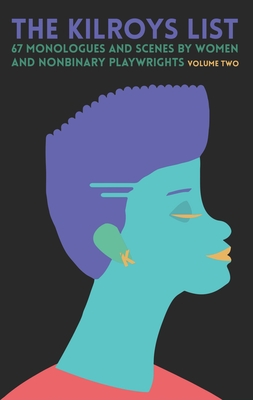 By Annah Feinberg and Gina For the Kilroys (Editor), Lynn Nottage (Foreword by)

The Kilroys: We Make Trouble. And Plays.

When I look at the list of women and nonbinary writers included in this volume, many of whom I have mentored or taught, it is a beautiful reminder that we are a community to be reckoned with, and that there is an abundance of vital narratives awaiting a larger audience. While there remains a great deal of work to be done to reach racial and gender equity in the theater, the powerful and provocative writing presented here is part of the inciting incident that will no doubt shake up the status quo. --Lynn Nottage, from her Foreword

The Kilroys are back with a new collection of 67 monologues and scenes by women and nonbinary playwrights. This collection includes a monologue or scene from each play from the 2016 and 2017 editions of The List.

The Kilroys are a gang of playwrights and producers who came together in Los Angeles in 2013 to stop talking about gender parity in theater and start taking action. In 2014, they released their first annual List: a vetted collection of plays written by women, trans, and nonbinary writers, nominated by hundreds of professional artistic directors, literary managers, professors, directors, and dramaturgs.