Feeding the Rat: A Climber's Life on the Edge (Adrenaline) (Paperback) 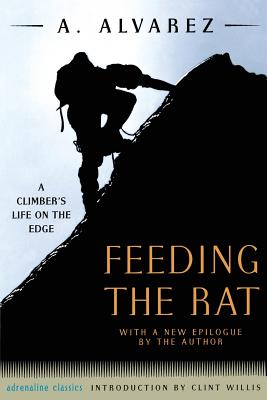 Feeding the Rat: A Climber's Life on the Edge (Adrenaline) (Paperback)

By A. Alvarez, Clint Willis (Introduction by)


Available in Warehouse. Wait for Email Confirmation for ETA
Feeding the Rat is the story of an extraordinary man: climbing legend Mo Anthoine, who found his greatest joy in adventures that tested the limits of human endurance. That passion for "feeding the rat" made him the unsung hero of dozens of horrifying epics in the mountains, including the famous Ogre expedition that almost killed Doug Scott and Sir Chris Bonington. The book is also the story of the extraordinary friendship between Mo Anthoine and A. Alvarez — the distinguished poet, journalist, and critic — whose deeply moving portrait of his longtime climbing partner is a classic of adventure literature.
A. Alvarez is the author of the recently
acclaimed Where Did It All Go Right: A Memoir as well as the classic The Savage God: A Study
of Suicide, The Biggest Game in Town and
several other works. His work has long appeared
in The New Yorker, The New York Review
of Books, and The Observer.
Clint Willis is the series editor of Adrenaline
books. His twelve anthologies for the series include Adrenaline 2000: The Year’s Best Stories
of Adventure and Survival; Epic: Stories of Survival from the World’s Highest Peaks; High:
Stories of Survival from Everest and K2 and Climb: Stories of Survival from Rock, Snow and Ice. He lives in Cape Elizabeth, ME.