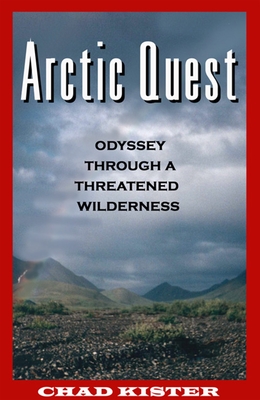 Chad Kister takes you on a riveting 700-mile journey by raft and foot. See the Arctic Refuge beauty first hand through the dangers Kister survives. A broken backpack--repaired with caribou antlers--pales against the spirited chase by security guards trying to stop his discovery of what big oil is doing to this fragile land.

I was grabbed from the first page. Few young whippersnappers can pull off an adventure this thrilling with such charming and refreshing naivet and later write about it like an old pro. His masterful story telling ability riveted me to the book. But by the end I realized I had gained so much insight into the politics of oil exploration in this contended wilderness. I can't wait to see what's next from this new young writer.--Bernd Heinrich, -author of The New York Times bestseller Ravens in Winter and A Year in the Maine Woods

After the 700-mile journey through the Arctic Refuge in 1991 that is the subject of this book, Chad Kister lobbied the U.S. to do more at the Earth Summit with a week-long fast in front of the White House, and went on a speaking tour about the environment throughout Japan in 1993. He returned to the Arctic in 1993 to climb Misty Mountain. Kister organized numerous political walks from 70 to 849 miles long, and is now the coordinator of Dysart Defenders, a group working to save one of the last ancient forests in Ohio. He is also the coordinator of the Arctic Refuge Defense Campaign and has personally lobbied Senators and Representatives with his first-hand experiences of the Arctic National Wildlife Refuge and thousands of petition signatures.

Author Chad Kister is a writer, public speaker and environmental activist in southeast Ohio. Kister has been touring the U.S. speaking about the need to protect the Arctic Refuge.