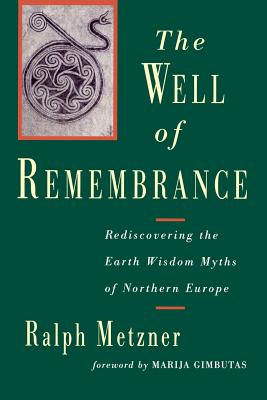 
Available in Warehouse. Wait for Email Confirmation for ETA
This book cannot be returned, cancelled, or exchanged. Please call for availability and pricing
In his introduction to The Well of Remembrance, author Ralph Metzner provides a telling explanation of the theme of his work:

"This book explores some of the mythic roots of the Western worldview, the worldview of the culture that, for better and worse, has come to dominate most of the rest of the world's peoples. This domination has involved not only economic and political systems but also values, basic attitudes, religious beliefs, language, scientific understanding, and technological applications. Many individuals, tribes, and nations are struggling to free themselves from the residues of the ideological oppression practiced by what they see as Eurocentric culture. They seek to define their own ethnic or national identities by referring to ancestral traditions and mythic patterns of knowledge. At this time, it seems appropriate for Europeans and Euro-Americans likewise to probe their own ancestral mythology for insight and self-understanding."

Focusing on the mythology and worldview of the pre-Christian Germanic tribes of Northern Europe, Metzner offers a meaningful exploration of Western ancestry.
Ralph Metzner, Ph.D., is a psychotherapist and a professor of psychology at the California Institute of Integral Studies. One of the pioneers in the study of nonordinary states of consciousness, he has written several books, including Maps of Consciousness and Opening to Inner Light.