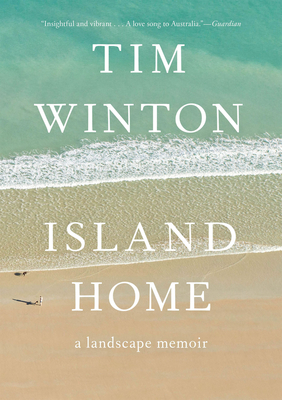 
Available in Warehouse. Wait for Email Confirmation for ETA
The writer explores his beloved Australia in a memoir that is "a delight to read and] a call to arms . . . It beseeches us to revere the land that sustains us" (Guardian).

From boyhood, Tim Winton's relationship with the world around him?rock pools, sea caves, scrub, and swamp?has been as vital as any other connection. Camping in hidden inlets, walking in high rocky desert, diving in reefs, bobbing in the sea between surfing sets, Winton has felt the place seep into him, and learned to see landscape as a living process. In Island Home, Winton brings this landscape?and its influence on the island nation's identity and art?vividly to life through personal accounts and environmental history.

Wise, rhapsodic, exalted?in language as unexpected and wild as the landscape it describes?Island Home is a brilliant, moving portrait of Australia from one of its finest writers, the prize-winning author of Breath, Eyrie, and The Shepherd's Hut, among other acclaimed titles.
Tim Winton has published twenty-six books for adults and children, and his work has been translated into twenty-eight languages. Since his first novel, An Open Swimmer, won the Australian Vogel Award in 1981, he has won the Miles Franklin Award four times (for Shallows, Cloudstreet, Dirt Music, and Breath) and twice been shortlisted for the Booker Prize (for The Riders and Dirt Music). His fiction published in the United States includes Eyrie and Breath (Farrar, Straus and Giroux, 2014 and 2008) and Dirt Music (Scribner, 2002). He lives in Western Australia.