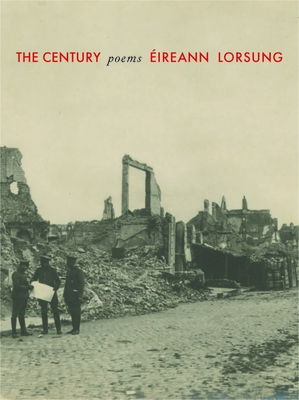 
Available in Warehouse. Wait for Email Confirmation for ETA
Winner of the 2021 Maine Literary Award in Poetry
A Literary Hub Most Anticipated Book of 2020 A meticulously detailed catalogue of ordinary people performing acts of extraordinary violence, The Century charts an awakening to structures of dominance and violence. In the tradition of witness poetry, The Century tugs apart the quotidian horrors required to perpetuate acts of violence like the Holocaust, the deployment of nuclear weapons in Japan and Iraq, American slavery and its lingering aftermath. When ireann Lorsung writes of death and dying, of "bodies in the fields becoming the fields," it's the simplicity that's most haunting. After a fire, "some of their skin moved off of them as they ran, a very / simple melting..." But these poems don't just witness; they also resist and serve as models for resistant lives. Pushing back against form and grammar, constructions of time and geography, Lorsung traces decades of technological, geopolitical, and cultural shifts through generations and across continents as networks of dominance continue to be stubbornly upheld. The Century is evasive but thorny, splintering in the mind. This collection is a reminder that the arrival of each new century, decade, or year brings with it an invitation to join ongoing movements of resistance, air pockets of hope in the waters that we all swim or drown in.