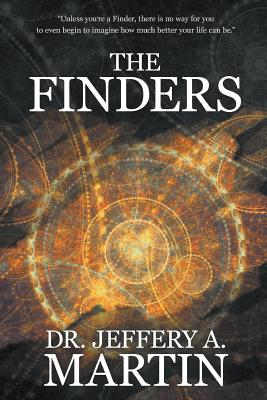 Who Are The Finders?

The average person lives with an experience of the world that is rooted in fear, worry, and anxiety. The most common way this manifests is in a persistent sense of discontentment. Something just doesn't feel quite right.

That something is usually hard to put a finger on. It's often just a feeling that haunts us in the background, one that leads to endless soul searching and goal striving. Although it can disappear when a desire is achieved, or a piece of our life that was believed to be missing falls into place, ultimately the relief is only temporary. Before long, the background feeling that something is not okay returns and the search begins anew.

You may be surprised to learn that life doesn't have to be this way. Since 2006, our global scientific research project has been on the trail of the tiny fraction of the population that seems to have escaped this fate. We found thousands of them, and what we learned has been nothing short of astonishing. It will revolutionize your life for the better, if you'll let it.

Praise For The Finders

"If a Nobel Prize existed for Psychology, the work done by Jeffery Martin and his team and described
in this book would be a strong contender. The book is about people who have managed to fulfil one
of the most sought after but rarely achieved human needs - true happiness, a deep and fundamental sense of wellbeing."
Dr. Peter Fenwick, internationally renowned neuropsychiatrist and Fellow of the Royal College of Psychiatrists

"Dr. Jeffery Martin's work on non-symbolic states of awareness has helped create the most lucid map for understanding higher states of consciousness. I have personally gained a deeper understanding of the universality of human sacred experience from his research and have been able to replicate and publish it. For anyone who is interested in getting scientific knowledge of the range and evolution of human experience in the direction of expanded awareness and ultimately that which wisdom traditions call 'enlightenment' Jeffery's book and research are must reads."
Deepak Chopra, MD, FACP, founder of The Chopra Foundation and co-founder of The Chopra Center for Wellbeing, author of over 85 books including dozens of best sellers

"In this book Dr. Martin takes his place beside William James and Abraham Maslow to give us one of the most important and ground-breaking works on consciousness and human potential in recent memory."
Allan Leslie Combs, Ph.D., CIIS Professor of Consciousness Studies, author of The Radiance of Being and Consciousness Explained Better

"Dr. Jeffery Martin and his colleagues have produced a landmark study, one not only relevant to transpersonal psychology but to psychology in general. Maslow wrote of 'self-actualized' persons. Dr. Martin goes a step further, describing the phenomenology of Maslow's highest level, namely the self-transcendent or enlightened. This book contains a schema by which its readers can more deeply appreciate the development of these men and women. It is not often that rigorous research can be inspirational, but Dr. Martin has come through. Indeed, readers on a spiritual path are now able to chart their own development on a continuum of experiences, one that many writers once pathologized."
Stanley Krippner, PhD, Professor of Psychology at Saybrook University; past-President of two and Fellow in five divisions of the American Psychological Association, and winner of its lifetime achievement award for Distinguished Contributions to the International Advancement of Psychology; 50+ year veteran researcher and pioneer in the scientific study of consciousness