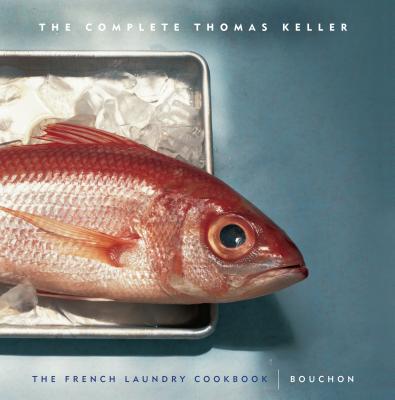 First there was French Laundry in Napa Valley, setting a new standard for American fine dining. Then there was The French Laundry Cookbook, setting a new standard for American cookbooks. In 1998, Chef Keller opened Bouchon, “so that I’d have a place to eat after cooking all night at the French Laundry,” and that restaurant, too, gave birth to a groundbreaking cookbook. Now, fifteen years after Thomas Keller first set foot in what would become a landmark restaurant, these two extraordinary books are offered in a striking new slipcased edition. With this year’s opening of the Bouchon Bakery in New York City, and last year’s momentous Michelin guide that awarded Keller’s Per Se the top honors, Keller is increasingly in the limelight—and his inventive, delicious food is increasingly in the consciousness of a national audience. The Complete Keller is the perfect gift for anyone who loves fine food.
Thomas Keller is the author of The French Laundry Cookbook, Bouchon, Under Pressure, Ad Hoc at Home, and Bouchon Bakery. He is the first and only American chef to have two Michelin Guide three-star-rated restaurants, The French Laundry and per se, both of which continue to rank among the best restaurants in America and the world. In 2011 he was designated a Chevalier of the French Legion of Honor, the first American male chef to be so honored. In 2017, as part of the Ment’or Foundation—established with chefs Jérôme Bocuse and Daniel Boulud—Keller led Team USA to win gold at the Bocuse d’Or competition in Lyon, France, for the first time ever.