The Art of Gaman: Arts and Crafts from the Japanese American Internment Camps 1942-1946 (Hardcover) 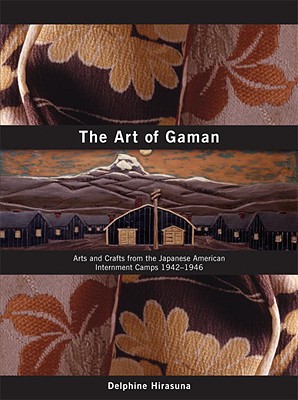 The Art of Gaman: Arts and Crafts from the Japanese American Internment Camps 1942-1946 (Hardcover)


This title is likely unavailable. Email or call for price and availability.
In 1942, Executive Order 9066 mandated the incarceration of 110,000 Japanese Americans, including men, women, children, the elderly, and the infirm, for the duration of the war. Allowed only what they could carry, they were given just a few days to settle their affairs and report to assembly centers. Businesses were lost, personal property was stolen or vandalized, and lives were shattered. The Japanese word gaman means "enduring what seems unbearable with dignity and grace. "Imprisoned in remote camps surrounded by barbed wire and guarded by soldiers with machine guns, the internees sought courage and solace in art. Using found materials at first and later what they could order by catalog, they whittled and carved, painted and etched, stitched and crocheted. What they created is a celebration of the nobility of the human spirit under adversity. THE ART OF GAMAN presents more than 150 examples of art created by internees, along with a history of the camps.Reviews". . . demonstrates the poignancy of the internment experience and the strength of the human spirit."-Alaska Airlines Magazine
DELPHINE HIRASUNA is the author of several books, including THE ART OF GAMAN, and the editor of @Issue: Journal of Business and Design. She lives in San Francisco.