Liberty for All: Defending Everyone's Religious Freedom in a Pluralistic Age (Paperback) 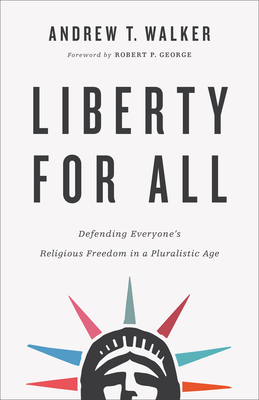 Liberty for All: Defending Everyone's Religious Freedom in a Pluralistic Age (Paperback)

Christians are often thought of as defending only their own religious interests in the public square. They are viewed as worrying exclusively about the erosion of their freedom to assemble and to follow their convictions, while not seeming as concerned about publicly defending the rights of Muslims, Hindus, Jews, and atheists to do the same.

Andrew T. Walker, an emerging Southern Baptist public theologian, argues for a robust Christian ethic of religious liberty that helps the church defend religious freedom for everyone in a pluralistic society. Whether explicitly religious or not, says Walker, every person is striving to make sense of his or her life. The Christian foundations of religious freedom provide a framework for how Christians can navigate deep religious difference in a secular age. As we practice religious liberty for our neighbors, we can find civility and commonality amid disagreement, further the church's engagement in the public square, and become the strongest defenders of religious liberty for all. Foreword by noted Princeton scholar Robert P. George.
Andrew T. Walker (PhD, the Southern Baptist Theological Seminary) is associate professor of Christian ethics at The Southern Baptist Theological Seminary and executive director of the Carl F. H. Henry Institute for Evangelical Engagement in Louisville, Kentucky. He previously served as senior fellow in Christian ethics at the Ethics and Religious Liberty Commission. Walker is the author of God and the Transgender Debate, named the best book in public theology in 2017 by The Gospel Coalition, coauthor of Marriage Is: How Marriage Transforms Society and Cultivates Human Flourishing, and coeditor of the Gospel for Life series. He has written for National Review, Time, The Gospel Coalition, Public Discourse, First Things, and Christianity Today and speaks frequently all over the country.