Abuelita Faith: What Women on the Margins Teach Us about Wisdom, Persistence, and Strength (Paperback) 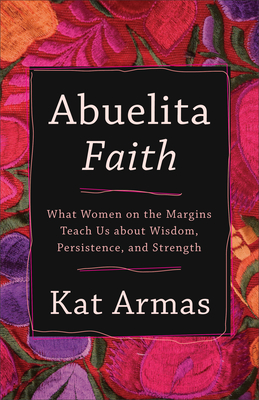 Abuelita Faith: What Women on the Margins Teach Us about Wisdom, Persistence, and Strength (Paperback)


Available in Warehouse. Wait for Email Confirmation for ETA
What if some of our greatest theologians wouldn't be considered theologians at all?

Kat Armas, a second-generation Cuban American, grew up on the outskirts of Miami's famed Little Havana neighborhood. Her earliest theological formation came from her grandmother, her abuelita, who fled Cuba during the height of political unrest and raised three children alone after her husband passed away. Combining personal storytelling with biblical reflection, Armas shows us how voices on the margins--those often dismissed, isolated, and oppressed because of their gender, socioeconomic status, or lack of education--have more to teach us about following God than we realize.

Abuelita Faith tells the story of unnamed and overlooked theologians in society and in the Bible--mothers, grandmothers, sisters, and daughters--whose survival, strength, resistance, and persistence teach us the true power of faith and love. The author's exploration of abuelita theology will help people of all cultural and ethnic backgrounds reflect on the abuelitas in their lives and ministries and on ways they can live out abuelita faith every day.
Kat Armas (MDiv and MAT, Fuller Theological Seminary), a Cuban-American writer and speaker, hosts The Protagonistas podcast, where she highlights stories of everyday women of color, including writers, pastors, church leaders, and theologians. She has written for Christianity Today, Sojourners, Relevant, Christians for Biblical Equality, Fuller Youth Institute, Fathom magazine, and Missio Alliance. Armas also works on the Living a Better Story project at the Fuller Youth Institute and speaks regularly at conferences on race and justice.