The Prince of Tennis, Vol. 6 (Paperback) 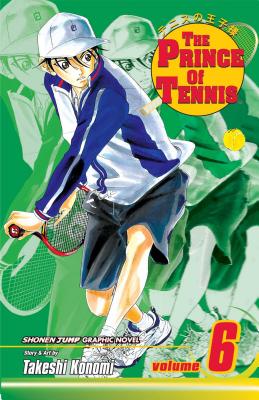 The Prince of Tennis, Vol. 6 (Paperback)

This is book number 6 in the The Prince of Tennis series.

As spies from rival schools continue to gather information about the Seishun players, Tezuka, the team captain, challenges Ryoma to a bitter duel to settle their differences. Which player will come out on top of the game? And what peril lurks behind the mask of St. Rudolph's manager and strategist Hajime Mizuki?
Takeshi Konomi exploded onto the manga scene with the incredible The Prince of Tennis. His refined art style and sleek character designs proved popular with Weekly Shonen Jump readers, and The Prince of Tennis became the number one sports manga in Japan almost overnight. Its cast of fascinating male tennis players attracted legions of female readers even though it was originally intended to be a boys' comic. The manga continues to be a success in Japan and has inspired a hit anime series, as well as several video games and mountains of merchandise.