The French Connection: A True Account of Cops, Narcotics, and International Conspiracy (Paperback) 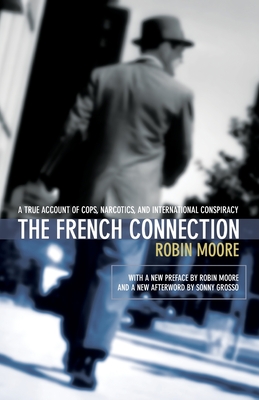 The French Connection: A True Account of Cops, Narcotics, and International Conspiracy (Paperback)


Available in Warehouse. Wait for Email Confirmation for ETA
With a new introduction by the author. The true, absorbing and sometimes frightening documentary of the world's most successful narcotics investigation, The French Connection is one of the most fascinating crime accounts of our time. When New York City detectives Eddie "Popeye" Egan and his partner Sonny Grosso routinely tail Pasquale "Patsy" Fuca, after observing some wild spending at the Copacabana, they quickly realize that they are on to something really big. Patsy is not only the nephew of a mob boss on the lam but also a key negotiator in an impending delivery of narcotics from abroad. His incongruous connections are with several distinguished Frenchmen, including Jean Jehan, the director of the world's largest heroin network, and Jacques Angelvin, a star of French television. For many suspense-filled months, through opulent Manhattan nightclubs, dark tenements in Brooklyn and the Bronx, tree-lined streets of the genteel Upper East Side, and in Paris, Marseilles, and Palermo, the duel is on -- the prize 112 pounds of pure heroin, worth ninety million on the streets. Over three hundred investigators from local, state, federal, and international agencies are ultimately involved in the hours of weary surveillance, the skilled intuition, the luck -- both good and bad -- and the danger.
A B-17 nose gunner in WW2, at the age of nineteen, Robin Moore survived Europe to resume his education and graduated from Harvard in 1949. In the early fifties he worked as a television writer and producer, then as an executive for the Sheraton Hotel chain, under the less than patient eye of his father, who was the chairman of the board. First published in 1956, with Pitchman, he has since written more than two dozen major books -- and lost count of the minors -- including his bestselling account of training and fighting with special forces in Vietnam, The Green Berets. His latest title, The Hunt for Bin Laden: Task Force Dagger, also about U.S. special forces, was published by Random House in March 2003. He lives in his hometown of Concord, Massachusetts.

From the author of The Green Berets, another engrossing book-this time a "documentary" of some true-life detective work that reads like superior suspense fiction. Detectives First Grade Edward Egan and Salvatore Grosso of New York City caught a late show at a nightclub (Egan's girl friend was hat-check girl there) and while at their table happened to spot some known hoods paying court to the host of a large party. The host was one Patsy Fuca, obviously a somebody. More out of instinct than anything else, the two detectives followed Fuca when he left. Thus began one of the most amazing narcotic investigations in police annals, an investigation which involved grueling months of shadowing underworld characters, piecing together clues, and finally closing in for the payoff: the seizure of the largest cache of heroin ever picked up in New York. Crime syndicate heads in Canada and France were found involved in the international affair. Moore's characterizations of the two detectives are excellent, and his minute-by-minute descriptions of their amazing work lift right off the page.
--Publishers Weekly, February 17, 1969


"One of the most interesting true crime books ever written, comparable only to The Boston Strangler. We learn everything from the most intimate details of the detectives' personal lives to the methods employed in wiretapping, stakeout, and the use of informers "Robin Moore's book is a superb piece of journalism."
--Los Angeles Times