David's Sling: A History of Democracy in Ten Works of Art (Hardcover) 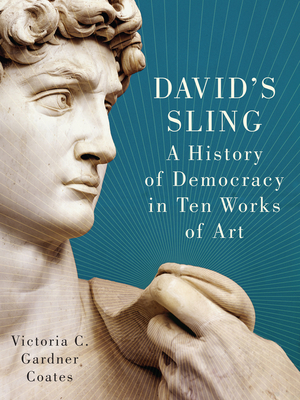 David's Sling: A History of Democracy in Ten Works of Art (Hardcover)


Available in Warehouse. Wait for Email Confirmation for ETA
Throughout Western history, the societies that have made the greatest contributions to the spread of freedom have created iconic works of art to celebrate their achievements. Yet despite the enduring appeal of these works--from the Parthenon to Michelangelo's David to Picasso's Guernica--histories of both art and democracy have ignored this phenomenon. Millions have admired the artworks covered in this book but relatively few know why they were commissioned, what was happening in the culture that produced them, or what they were meant to achieve. Even scholars who have studied them for decades often miss the big picture by viewing them in isolation from a larger story of human striving. David's Sling places into context ten canonical works of art executed to commemorate the successes of free societies that exerted political and economic influence far beyond what might have been expected of them. Fusing political and art history with a judicious dose of creative reconstruction, Victoria Coates has crafted a lively narrative around each artistic object and the free system that inspired it. This book integrates the themes of creative excellence and political freedom to bring a fresh, new perspective to both. In telling the stories of ten masterpieces, David's Sling invites reflection on the synergy between liberty and human achievement.

Victoria C. Gardner Coates is a cultural historian who received her Ph.D. in Italian Renaissance art from the University of Pennsylvania. Her work has appeared in The Sixteenth-Century Journal, Gazette des Beaux-Arts and Renaissance Studies. As the director of research in the office of Donald Rumsfeld, Dr. Coates provided editorial support for his best-selling memoir Known and Unknown. She has served as a senior fellow at the Commonwealth Foundation, an adjunct fellow at the Foundation for Defense of Democracies, and a consulting curator at the Cleveland Museum of Art. She is currently a senior staff member for national security at the United States Senate and the senior advisor for foreign policy for Ted Cruz's 2016 presidential campaign. Dr. Coates lives in Philadelphia with her husband, two children and two dogs.