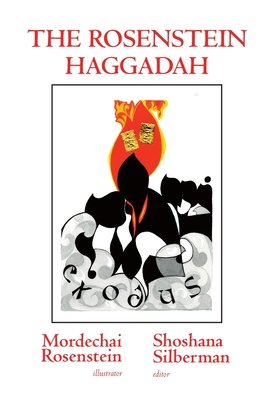 The Rosenstein Haggadah will enable participants to engage in a lively and meaningful Seder experience, where both text and paintings facilitate a spiritual journey.

Dr. Shoshana Silberman holds a B.S. degree from Columbia University, a B.H.L. from Gratz College, and an M.S.T. from the University of Chicago and an Ed.D from Temple University.

Mordechai Rosenstein grew up in Philadelphia, where he would study the form of the Hebrew letters and the spaces between them, within the DAILY FORWARD newspaper sitting open on the kitchen table. That fascination only grew stronger as he attended and graduated in the first class of Akiba Hebrew Academy, as well as through formal training at the Philadelphia College of Art and nine years working as a textile designer in New York City. It was during his time in art school that he studied with leading Abstract Expressionist Franz Kline, whose mastery of black and white, echoed the Kabbalah's recognition that every area of the artist's canvas is important to the whole: one defines and explains the other.