The Once and Future Forest: California's Iconic Redwoods (Hardcover) 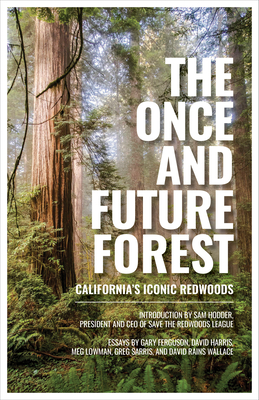 The Once and Future Forest: California's Iconic Redwoods (Hardcover)

By Save the Redwoods League, Sam Hodder (Introduction by)


Available in Warehouse. Wait for Email Confirmation for ETA
Five writers capture the majesty and grandeur of California's famed redwoods Originally published in celebration of Save the Redwoods League's 100th anniversary, and here newly adapted for a trade audience, The Once and Future Forest explores the grandeur of the redwood ecosystems that sustain California and the deep love they have engendered in scientists, writers, artists, and the general public. At the heart of this celebration are five expansive essays by Gary Ferguson, David Harris, Meg Lowman, Greg Sarris, and David Rains Wallace. These pieces discuss a multitude of topics, including the fascinating science of redwoods, the League's history of redwoods conservation, and the big trees' significance to Indigenous cultures; but what unites the essays aside from their theme is awe. Readers will be inspired to protect these majestic beings and to look for a more ecologically informed future.