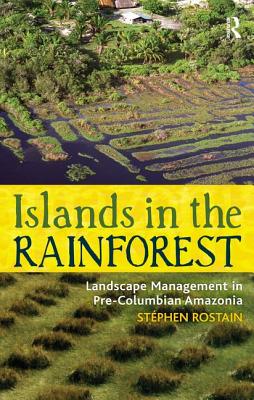 
This title is likely unavailable. Email or call for price and availability.
Stéphen Rostain’s book is a culmination of 25 years of research on the extensive human modification of the wetlands environment of Guiana and how it reshapes our thinking of ancient settlement in lowland South America and other tropical zones. Rostain demonstrates that populations were capable of developing intensive raised-field agriculture, which supported significant human density, and construct causeways, habitation mounds, canals, and reservoirs to meet their needs. The work is comparative in every sense, drawing on ethnology, ethnohistory, ecology, and geography; contrasting island Guiana with other wetland regions around the world; and examining millennia of pre-Columbian settlement and colonial occupation alike. Rostain’s work demands a radical rethinking of conventional wisdom about settlement in tropical lowlands and landscape management by its inhabitants over the course of millennia.
Stéphen Rostain is Director of Investigation at the National Center for Scientific Research (CNRS) in France. He received his Ph.D. on the archaeology of French Guiana in 1994 from the Sorbonne University in Paris. He has conducted archaeological excavations in France, Mexico, Guatemala, Aruba and Brazil, but his main investigations have been conducted in Amazonia, especially in the Guianas and in Ecuador. Rostain has published more than 100 articles, book chapters and books. In 2008, he received in Paris the Clio award for archaeological projects in foreign countries.

The distinguished anthropologist Philippe Descola is chair of anthropology of nature at the Collège de France and author of numerous books, including In the Society of Nature and The Spears of Twilight.
“Stéphen Rostain is not only a remarkable field archaeologist, he is also a comparativist with broad perspectives and a solid erudition which have made him an authority in the still embryonic field of Amazonian archaeology, and more widely on the theme of sustainable development in tropical-forest environments.”

—From the Foreword by Philippe Descola