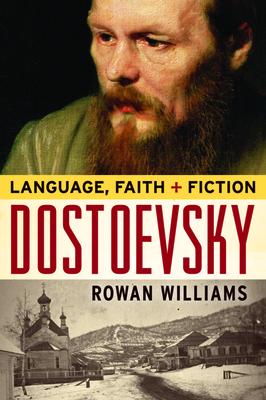 Rowan Williams explores the intricacies of speech, fiction, metaphor, and iconography in the works of one of literature's most complex, and most complexly misunderstood, authors. Williams' investigation focuses on the four major novels of Dostoevsky's maturity ( Crime and Punishment, The Idiot, Devils, and The Brothers Karamozov). He argues that understanding Dostoevsky's style and goals as a writer of fiction is inseparable from understanding his religious commitments. Any reader who enters the rich and insightful world of Williams' Dostoevsky will emerge a more thoughtful and appreciative reader for it.

Rowan Williams (Ph.D. Wadham College, Oxford) is the Archbishop of Canterbury. Having received his D. Phil. From Oxford, he held a variety of academic posts in Oxford and Cambridge, before leaving the Lady Margaret Professorship of Divinity at Oxford to be successfully Bishop of Monmouth and the Archbishop of Wales. He has published 12 books, including, most recently, Why Study the Past? (2005), Poems (2002), and Writing in the Dust: Reflections on the 11th September and Its Aftermath (2002).