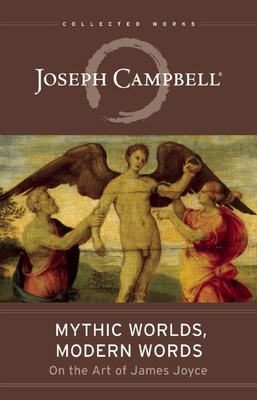 
Available in Warehouse. Wait for Email Confirmation for ETA
In 1927, as a twenty-three-year-old postgraduate scholar in Paris, Joseph Campbell first encountered James Joyce's Ulysses. Known for being praised and for kicking up controversy (including an obscenity trial in the United States in 1920), the novel left Campbell both intrigued and confused, as it had many others. Because he was in Paris, he was able to visit the Shakespeare & Company bookstore--the outpost of the original publisher of Ulysses, Sylvia Beach. She gave him "clues" for reading Ulysses, and that, Campbell attested, changed his career. For the next sixty years, Campbell moved through the labyrinths of Joyce's creations--writing and lecturing on Joyce using depth psychology, comparative religion, anthropology, and art history as tools of analysis. Arranged by Joyce scholar Edmund L. Epstein, Mythic Worlds, Modern Words presents a wide range of Campbell's writing and lectures on Joyce, which together form an illuminating running commentary on Joyce's masterworks. Campbell's visceral appreciation for all that was new in Joyce will delight the previously uninitiated, and perhaps intimidated, as well as longtime lovers of both Joyce and Campbell.

Joseph Campbell is widely credited with bringing mythology to a mass audience. His works, including The Hero with a Thousand Faces, the four-volume The Masks of God, and The Power of Myth (with Bill Moyers), rank among the classics in mythology and literature.