An Appointment with Death: A Hercule Poirot Mystery (Compact Disc) 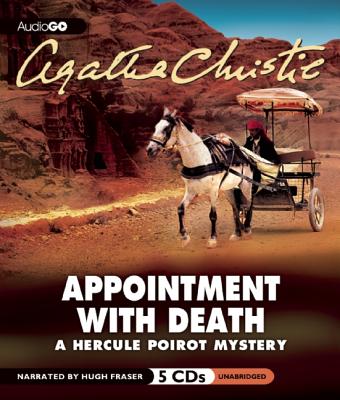 An Appointment with Death: A Hercule Poirot Mystery (Compact Disc)

Hercule Poirot's vacation in the Holy Land is interrupted by death in Petra, where the lifeless body of Mrs. Boynton, a detestable English woman who cowed her family and strangers alike, is found atop the rose red cliffs. Though her family claims her heart failure was a natural event, the tiny puncture mark on her wrist is a clear sign of the fatal injection that really killed her.

Agatha Christie was born in Torquay in 1890 and became the bestselling novelist in history. She wrote 79 crime mysteries and collections, and saw her work translated into more languages than Shakespeare.

Hugh Fraser is known to millions as Captain Hastings, assisting Hercule Poirot in A&E's "Poirot" and in the Agatha Christie "Mystery!" series on PBS.