Letter to Beaumont, Letters Written from the Mountain, and Related Writings (Paperback) 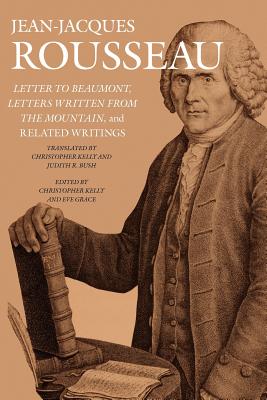 Letter to Beaumont, Letters Written from the Mountain, and Related Writings (Paperback)

Published between 1762 and 1765, these writings are the last works Rousseau wrote for publication during his lifetime. Responding in each to the censorship and burning of Emile and Social Contract, Rousseau airs his views on censorship, religion, and the relation between theory and practice in politics. The Letter to Beaumont is a response to a Pastoral Letter by Christophe de Beaumont, Archbishop of Paris (also included in this volume), which attacks the religious teaching in Emile. Rousseau’s response concerns the general theme of the relation between reason and revelation and contains his most explicit and boldest discussions of the Christian doctrines of creation, miracles, and original sin. In Letters Written from the Mountain, a response to the political crisis in Rousseau’s homeland of Geneva caused by a dispute over the burning of his works, Rousseau extends his discussion of Christianity and shows how the political principles of the Social Contract can be applied to a concrete constitutional crisis. One of his most important statements on the relation between political philosophy and political practice, it is accompanied by a fragmentary “History of the Government of Geneva.” Finally, “Vision of Peter of the Mountain, Called the Seer” is a humorous response to a resident of Motiers who had been inciting attacks on Rousseau during his exile there. Taking the form of a scriptural account of a vision, it is one of the rare examples of satire from Rousseau’s pen and the only work he published anonymously after his decision in the early 1750s to put his name on all his published works. Within its satirical form, the “Vision” contains Rousseau’s last public reflections on religious issues. Neither the Letter to Beaumont nor the Letters Written from the Mountain has been translated into English since defective translations that appeared shortly after their appearance in French. These are the first translations of both the “History” and the “Vision.”
Jean-Jacques Rousseau (1712–78) was a leading Genevan philosopher and political theorist and one of the key figures of the Enlightenment.