An Amazing Human Journey: Remembering from the Subconscious Mind Volume One (Paperback) 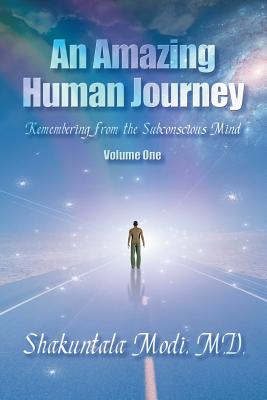 When did the first humans begin to inhabit the Earth? How did they get here? Why and for what purpose were they put here? How did they evolve from the first humans who looked like a Botticelli painting, to "ape-like" humans, to modern day humans? You will also read about Lemuria and Atlantis, and without spirituality how Atlanteans destroyed themselves and their continent. Dr. Modi explains all this and more in her remarkable work about the astounding past and future of mankind. In doing this, she describes how spirituality is the key to successfully fulfilling mankind's desire to become one with God.According to Dr. Modi, human beings have the unique potential to create a heaven-like society on Earth by spreading the spirituality on Earth that will eventually spread to neighboring planets, galaxies, and the entire universe through the continued development and enhancement of spirituality. From what was, to what is, could well include a future with the entire universe "going home to God." The book takes you on what can only be described as An Amazing Human Journey.About the AuthorShakuntala Modi, M.D. is a board certified psychiatrist practicing in Wheeling, West Virginia. She has published three books: Remarkable Healings, which describes a new theory for mental and physical illness, and Memories of God & Creation, a compilation of peoples' memories of God and creation under hypnosis. Her third book titled Prayers for Healing and Protection: A Gift from God in which prayers and healing techniques were given by God and different heavenly beings through her hypnotized patients for over twenty-seven years. The author was given two awards by the National Association of Transpersonal Hypnotherapists: (1) Outstanding Transpersonal Contributions in Hypnotherapy, 1999; and (2) Lifetime of Achievement in Hypnotherapy, 2012.Publisher's website: http: //sbpra.com/ShakuntalaModi