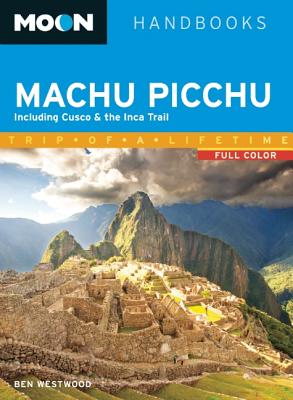 
This title is likely unavailable. Email or call for price and availability.
This full-color guide to Machu Picchu includes vibrant photos and helpful planning maps. Dawn reveals ancient stonework backed by the towering Andes--the fusion of natural and manmade beauty, built in perfect harmony with the earth and skies. This is Machu Picchu, center of the lost Inca empire. And it's yours to explore. This is the trip of a lifetime. It will leave you with a new sense of wonder--and some great stories to share. In this book, expert traveler Ben Westwood tells you everything you need to know to make this trip possible: How to choose guides, tours, and means of transportation How to plan a trek in the Andes--including deciding which of the Inca trails is right for you How to get there, how long it will take, and where to stop along the way--including information on Cusco, the Sacred Valley, and stopping over in Lima

Ben Westwood started dreaming of being a writer and musician at an early age. Growing up in England, he pursued both of his passions by studying music at Westminster University and working as a journalist at national newspaper The Independent. After graduating, Ben decided to follow his passion for travel. With an English-language teaching qualification under his belt, he set off for South America in 1998, traveling through Ecuador, Colombia, and Peru. In Peru, he hiked the Inca Trail and fell in love with Machu Picchu; he still considers it one of the most awe-inspiring places he has ever visited. After returning to the UK to study at the country's top journalism school, City University, Ben worked for five years at The Daily Telegraph as a travel journalist and online travel editor. He wrote articles on everything from encounters with Maoist guerrillas in Nepal to encounters with drunken Brits in Greece. After a brief stint working in adventure tourism, Ben moved to South America with his wife and children in 2007 to write guidebooks and teach at UEES, one of Ecuador's best universities. Since then, he has authored Moon Ecuador & the Galapagos Islands and Moon Galapagos Islands, and has contributed to The Rough Guide to South America on a Budget. He also freelances for British newspapers, including The Guardian, The Independent, and The Daily Telegraph. Ben now divides his time between Britain and South America. When he's not writing or teaching, he's usually playing music and has released one self-funded album, Keep Dreaming.