Bias in the Media: How the Media Switched Against Me After I Switched Parties (Hardcover) 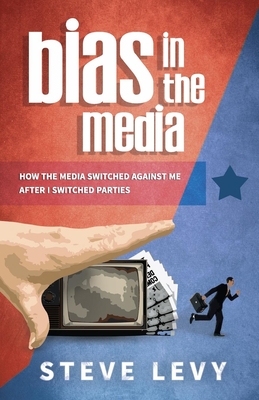 In this in this riveting and revealing book, Steve Levy, gives a gripping account of the real-life liberal bias in the media. Once his county's most popular politician, Steve shares a shocking story about how the media treats a politician who switches parties from Democrat to Republican. Few books have been written about switching political affiliations, its repercussions and its consequences.

Bias in the Media explores how the liberal media tries to shape the outcome of elections by:

When Steve Levy was the Democratic county executive of New York's largest suburban county, he believed that complaints of liberal media bias were exaggerated. But after switching parties, running for governor and living in the shoes of a Republican office holder, he came to the conclusion that the bias is not only real, but is actually understated. The change in media coverage Levy experienced firsthand after switching his party from Democrat to Republican was nothing less than startling.

"During his years in Long Island politics and government Steve Levy bravely confronted and exposed the shameless hypocrisy, self-righteousness and left wing bias which pervade Newsday and the New York Times. Now, as an author, he convincingly completes the job. 'Bias In The Media' is a must read " Congressman Pete King

"Steve Levy gives you a real perspective of public service from the satisfaction of serving citizens to the incredible tribulations involved in switching parties...his unique perspective is all spelled out in this fascinating read." Brian Kilmeade, Fox News