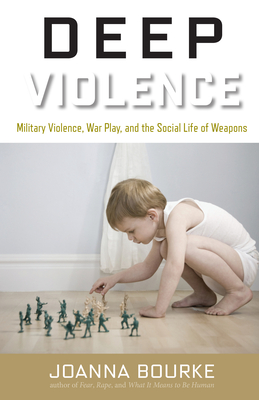 
Available in Warehouse. Wait for Email Confirmation for ETA
2014 marks the 100th anniversary of the declaration of the First World War, and with it comes a deluge of books, documentaries, feature films and radio programs. We will hear a great deal about the horror of the battlefield. Bourke acknowledges wider truths: war is unending and violence is deeply entrenched in our society. But it doesn't have to be this way. This book equips readers with an understanding of the history, culture and politics of warfare in order to interrogate and resist an increasingly violent world.

Wounding the World investigates the ways that violence and war have become internalized in contemporary human consciousness in everything from the way we speak, to the way our children play with one another, to the way that we ascribe social characteristics to our guns and other weapons. With a remarkable depth of insight, Bourke argues for a radical overhaul of our collective stance towards militarism from one that simply aims to reduce violence against people to one that would eradicate all violence. Her message is judicious and vital: knowledge about weapons and the violence they bring has simply become too important to cast aside or leave to the experts.
Joanna Bourke is Professor of History in the Department of History, Classics and Archaeology at Birkbeck College, where she has taught since 1992. She is a Fellow of the British Academy. Her books range from the social and economic history of Ireland in the late nineteenth and early twentieth centuries, to social histories of the British working classes between 1860 and 1960s, to cultural histories of military conflict between the Anglo-Boer war and the present. She explores history through the lens of gender, ivtersectionalities, and subjectivities. She has worked on the history of the emotions, particularly fear and hatred, and the history of sexual violence. In the past few years, her research has focused on questions of humanity, militarisation, and pain. She wrote a book entitled What It Means to Be Human. In 2014, she published two books: Wounding the World: How Military Violence and War Games Invade Our World and The Story of Pain: From Prayer to Painkillers.
"Deep Violence is well researched and closely examines the subject through various lenses. Great for those interested in warfare, society, history, and peace studies."—Library Journal

"Although she is certainly an idealistic thinker, Bourke gets to some dark places. Her output has included scholarly examinations of murder, fear, rape and pain. Here, she turns her unflinching gaze on the militarization of society…Bourke examines the nature of military violence through a variety of lenses, including economics, language, law, big business and the very nature of our humanity."—Kirkus