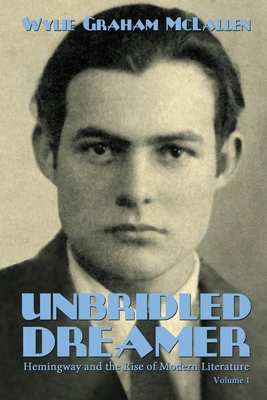 The Modern Movement in art was an authentic response to a much-changing world. The rapid industrialization and urbanization of western society called for a new wave in the arts, a dismantling of past styles, and a rise of new forms of expression.

In her studio in Paris, inspired by the paintings of Picasso, Matisse, and Cezanne hanging on the walls, Gertrude Stein discovered the rhythms of a new style of writing that made each word come alive in her stories. With the publication of Three Lives, the carefully layered tales of three common uncommon young women, she ushered in a remarkable new movement soon to be known as Modern Literature. Other writers built upon this foundation; the poet Ezra Pound, in particular, was adamant about its truth; but for years it was mostly confined to the limited circulation of small reviews and presses.

Then from the upheaval of the First World War, there emerged a dynamic young writer from the American Midwest named Ernest Hemingway. He had been wounded on the front lines of Italy and came to Paris as a foreign correspondent for the Toronto Star. Hemingway listened carefully to Stein and Pound and believed in the precepts they taught him, but he did not want his stories confined to small presses and little reviews, he wanted to the whole world to read what he wrote with this "new kind of writing." This is the story of how he took Modern Literature into the cultural mainstream.