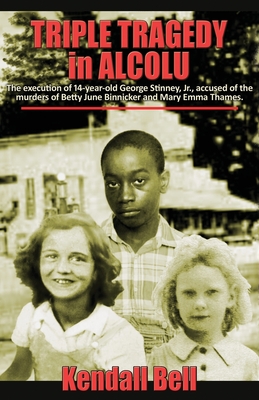 Betty June Binnicker and her 7-year-old companion, Mary Emma Thames, went missing on March 23, 1944. Searchers discovered their bodies early the next morning. Binnicker's bicycle, and its detached front wheel, had been placed on top of them.

Deputies charged George Stinney Jr. with killing both girls. However, for reasons unknown, Stinney was tried only for the murder of Binnicker.

83 days after the deaths, with no appeals, George Stinney Jr. was electrocuted by the State of South Carolina.

Rumors about Stinney's innocence or guilt began the day of his arrest. Since the original trial, a fictional book, movie, and several video productions loosely based on the George Stinney Jr. story added to those rumors, and some eventually came to be touted as fact.

In December 2014, a judge vacated George Stinney Jr.'s conviction, ruling he did not receive a fair trial in 1944. Although the judge's ruling did not exonerate Stinney, it fed rumors that the girls may have been killed by someone else. This book is an attempt to separate fact from fiction, and an effort to give readers available information pertaining to the case.

Guilty or innocent, George Stinney Jr. will forever be the youngest person executed in the United States during the Twentieth Century.