The Death of Detroit (Paperback) 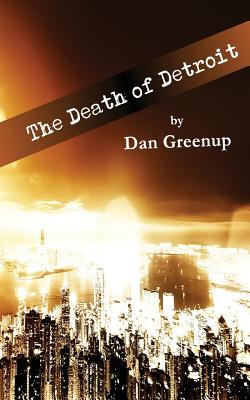 The Death of Detroit (Paperback)

In 1950, Detroit was one of the wealthiest cities in America. These days, it's one of the poorest. Over the past sixty years, the Motor City has lost more than half of its population. As the former "Paris of the West" slowly began to break down, many observers were left scratching their heads: what went wrong? The Death of Detroit tackles the question head-on, and the answer suggests that it could be coming to a city near you. Author Bio: Born in 1990, Dan Greenup is a Christian writer and an avid indoorsman from the Pacific Northwest. He graduated from the University of Washington with a degree in Global Studies. If you can figure out what to do with one of those, let him know. You can call him Dan, Danny or Daniel. He's not picky. keywords: Detroit, Nonfiction, History, American History, Historical, Economics, Christianity, Christian, Politics, Philosophy