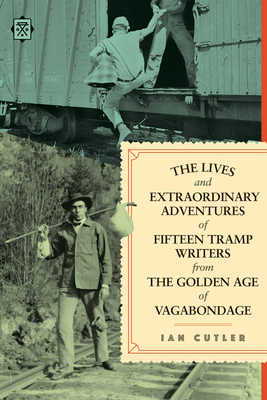 
Available in Warehouse. Wait for Email Confirmation for ETA
The combined events of the end of the American Civil War in 1865, the first transcontinental railroad opening in 1869, and the financial crash of 1873, found large numbers--including thousands of former soldiers well used to an outdoor life and tramping--thrown into a transient life and forced to roam the continent, surviving on whatever resources came to hand. For most, the life of the hobo was born out of necessity. For a few it became a lifestyle choice. Some of the latter group committed their adventures to print, both autobiographical and fictional, and together with their British and Irish counterparts, whose wanderlust was fueled by an altogether different genesis, they account for the fifteen tramp writers whose stories and ideas are the subject of this book. The lives of some, like Jack Everson, Jack Black and Tom Kromer, are told in a single volume, others, like Morley Roberts and Stephen Graham, have eighty and fifty published works to their credit respectively. Some remain completely unknown and their books are long since out of print, others, like Trader Horn and Jim Tully, were Hollywood celebrities. Others yet, such as Black, Tulley, Horn, Bart Kennedy, Leon Ray Livingstone, and Jack London, had their stories immortalized in film.