The Necktie and the Jaguar: A memoir to help you change your story and find fulfillment (Paperback) 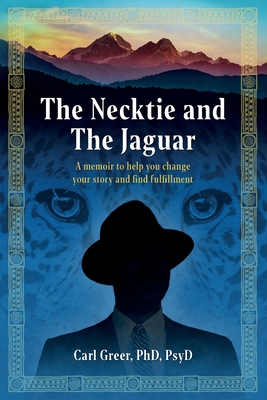 The Necktie and the Jaguar: A memoir to help you change your story and find fulfillment (Paperback)

Compelling reading for anyone seeking the courage to make more conscious choices and live fully awake, The Necktie and The Jaguar is a memoir with thought-provoking questions that encourage self-exploration. Author Carl Greer-businessman, philanthropist, and retired Jungian analyst and clinical psychologist-offers an illuminating roadmap to individuation and personal transformation. Greer found security in conforming to the cultural expectations of a postwar, midwestern, middle-class upbringing after a childhood tragedy taught him to constrict his emotions. Becoming president of an independent oil and gas company, he drove his team to success and built his wealth only to find in midlife that his spiritual self was crying out for expression. Undergoing Jungian analysis and becoming an analyst himself offered some soul nourishment. So did studying and practicing martial arts, whose principles helped him navigate challenges in the world of work. Still, it wasn't until Greer took a deep dive into shamanic training and practice that he was able to embody the qualities and emotions he had long denied and turn his attention to philanthropy.

Writing about his spiritual practices and reflecting on his vulnerabilities, Greer tells of honoring his longings for purpose and meaning, journeying to transpersonal realms, reinventing his life, and devoting himself to service to others while living with deep respect for Pachamama, Mother Earth. His memoir is an inspirational testament to the power of self-discovery. As Carl Greer learned, you don't have to feel trapped in a story someone else has written for you.