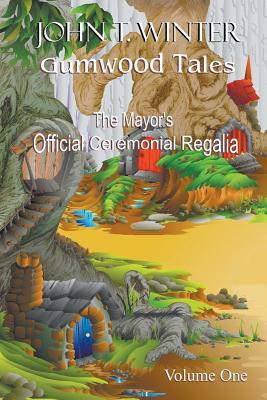 
Available in Warehouse. Wait for Email Confirmation for ETA
This book cannot be returned, cancelled, or exchanged. Please call for availability and pricing
This first of the Gumwood tales takes place around the village of Muchadoo in the land of Gumwood. The villagers have just heard that their mayor's precious ceremonial regalia has been stolen. Who could have taken it? The friends platypus, brush turkey, and possum are falsely accused of the dastardly theft, following a failed attempt to persuade sergeant bulldog to rescue a rabbit from two nasty foxes that ambushed the rabbit and put him in a sugar bag. The king of the foxes has also trapped an unsuspecting goose and put her in a bag. A more subtle enticement is carried out by a cat who wrongly thinks she's in league with the foxes. She leads a brush turkey into a trap, only to find she's also caged and ready to be cooked on a bonfire It turns out the animals were trapped to furnish food for the grand foxes' yearly feast. Police dogs and the sergeant bulldog go on a wild chase after the friends. Meanwhile, at the great fox feast, the village animals attack the foxes, scattering them into the forest, but the foxes gather together, and while the villagers are looking for them in the forest, the foxes make their way to the village, where they wreak havoc. They light another bonfire, and commence smashing, stealing, eating, and drinking until the villagers return and another fight begins. Where will this all lead? Good triumphs over evil in the end, but there are casualties and one mystery that remains for the next book in the series. Publisher's website: http: //sbprabooks.com/JohnTWinter.